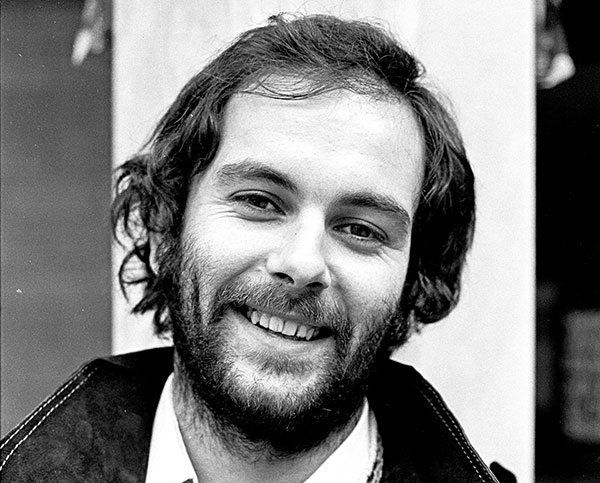 John Benyon was Professor of Political Studies at the University of Leicester from 1993 until his death on 19 May aged 65. He founded the university’s Criminology Department and played an important part in shaping the attitudes and laws governing public order policing in the United Kingdom and the European Union. As treasurer of the Political Studies Association for more than two decades, he transformed the organisation into a well-resourced and influential body that raised the prestige of British political science. Benyon was a passionate teacher who inspired generations of students, many of whom went on to become academic leaders in their own right.

On 15 June 1974, John Benyon was a politics student nearing the end of his term as students union secretary at Warwick University when one of his members, 21-year old Kevin Gately, became the first person to die in a public demonstration in Britain for 55 years, as mounted police sought to control a counter-protest against a National Front march in London’s Red Lion Square. Media reports pointed the finger of blame at the police and the incident became the subject of a public enquiry led by Lord Justice Scarman.

Anti-war, anti-apartheid and anti-fascist passions still ran high in mid-1970s student unrest at Warwick and elsewhere, but the mood was shifting towards bread-and-butter issues such as rents and jobs, as grants were squeezed and youth unemployment rose to unprecedented levels. The spirit of the age was captured by the punk explosion of 1976: ‘When there’s no future, how can there be sin?’ cried the Sex Pistols in a Silver Jubilee-year rendition of the national anthem that had many Telegraph readers choking on their breakfast.

The industrial and civil unrest that swept Margaret Thatcher to power in 1979 showed no signs of abating and in 1981 it was a Tory prime minister who called on Lord Scarman to undertake the public enquiry for which he is best known, into the Brixton riots. The public order challenges of the era – specifically the work done by Lord Scarman to understand the forces at play and shape society’s response – were to become a cornerstone of Benyon’s academic work.

John Terence Benyon was born in Southampton on 10 March 1951 and educated at Taunton’s School. Throughout his life he maintained close connections with the city and he was a fervent lifelong supporter of Southampton Football Club.

As a teenager, Benyon took a job stripping out asbestos in power stations. It is this that predetermined his tragic early death fifty years later from mesothelioma, the incurable cancer caused by asbestos poisoning, which he’d long realised was a risk and was finally diagnosed a year ago.

He went to Sir John Cass College in London, where he met his future wife Coleen Ramsey, but they both dropped out and retook their A-levels before resuming their studies at University: Coleen at Essex and John at Warwick. Throughout his life, Benyon remained a strong advocate of giving people a second chance in education, pioneering the development of lifelong learning and distance learning programmes at Leicester.

Benyon’s first academic posting was at Warwick University. The son of teachers himself, it was teaching more than academic research that drove his passions, but his influence on political science grew to be significant. He transferred to Leicester’s Department of Continuing Education in 1981, where the following year he organised a conference to consider the public riots and the lessons for public order legislation. This led to a series of publications – Scarman and After (1984), The Police: Powers, Procedures and Proprieties (with Colin Bourn, 1986), and The Roots of Urban Unrest (with John Solomos, 1987) – in which he analysed the role of state and police in public order. One of the key issues highlighted was the corrosive impact on police effectiveness and authority of perceived racial bias, an issue that was addressed in the Public Order Act 1986, which clarified police powers and created the offence of acts intended to stir up racial hatred. The work also influenced police guidance and training over the next decade. By tackling negative perceptions, whether justified or not, with clear accountability, Benyon’s research strengthened policing by consent, which he saw as a prerequisite for social stability.

In 1987, Benyon founded the Centre for the Study of Public Order at Leicester and he raised eyebrows by instituting the first MA in public order in 1989. ‘Students could soon be studying a fourth ‘R’, for rioting,’ huffed the Leicester Mercury when the plans were announced. Students at the groundbreaking course included magistrates and senior police officers who had been involved in the Brixton and Toxteth riots and the 1984-85 miners’ strike. ‘Many of these people had very rich experiences,’ recalled a contemporary. ‘He was able to bring them together in a really heavy learning process. They absolutely loved it and found it enlightening and stimulating.’ Such grounding in evidence, experience and shared perspectives is today a more common feature in training those tasked with maintaining social stability.

While much of his energy turned to institutional organisation and leadership, John Benyon went on to make an important contribution to police cooperation across the EU. In 1992, the Maastricht Treaty had proposed closer police cooperation and the following year, Europol was formed by the Council of Ministers. The ambition however was not matched by the reality, with widely varying structures and powers of police forces across the EU making practical cooperation difficult. Benyon’s 1993 research Police Cooperation in Europe, which looked at crime levels, international terrorism, drug trafficking, offender mobility, the free movement of goods, the movement of capital and international fraud, environmental crime, noncriminal victimization, and extradition, fed directly into the 1995 Convention which set out Europol’s operational remit. This was followed by his 1995 study, Police Forces in the New European Union, which defined and identified the structures and powers of the EU’s 121 separate police forces. With the incorporation of the Schengen open borders agreements in the 1997 Treaty of Amsterdam, cross-border cooperation was seen as a priority for participants and non-participants in Schengen alike, and Benyon’s work helped create effective processes and procedures for Europol – including the Joint Investigation Teams – grounded in the realities of the member states.

Benyon’s wider published research includes studies on race and policing in Leicestershire and gun control after Dunblane. In 1997, in recognition of the foundations laid in four public order enquiries – Northern Ireland 1969, Red Lion Square 1975, Grunwick 1977 and Brixton 1981 – the CSPO was renamed the Scarman Centre; three years later it broadened its remit beyond public order and political science to become the Criminology Department.

The key to Benyon’s impact on students and institutions is his character, described in many tributes as ‘challenging’. But if that is sometimes code for hard-going, one of his former students remarks, in Benyon’s case it describes his passion to get things done. ‘I’d waited for the moment when I would meet one of those maverick academics who would inspire you to learn,’ says Professor Adrian Beck, who himself became head of the Criminology Department in 2012. ‘John did that. We all looked forward to his sessions because you never knew what was going to happen. He’d sit there with a roll-up fag, looking every inch the drop-out, hippy-type, 70s academic with his Starsky & Hutch cardigan, prepared to really challenge the status quo and make you think differently about the subject. I found it an invigorating experience and it encouraged me to want to become an academic.’

That perception is echoed by Dr Ken Edwards, Leicester’s Vice-Chancellor from 1987 to 1999, who hints at the institutional shockwaves Benyon sometimes caused. ‘His enthusiasm and energy were truly impressive,’ he recalls, ‘even if his activities occasionally created waves which caused turbulence elsewhere and required a discreet intervention by the VC.’

Family and friends were John Benyon’s rock. He remained close to his parents Don and Louie and younger brother David, now professor of Human-Computer Interaction at Edinburgh Napier University. John and Coleen had two children. Their son Joe suffered from chronic depression and all efforts to get him the right support tragically ended when Joe took his own life eight years ago, at the age of 27. Daughter Danni shares her parents’ love of animals, nominating John recently for a PETA Compassionate Dad tribute for opposing the badger cull in Leicestershire. Just three months ago, John was tremendously proud when Danni was awarded her PhD in English Gothic literature.

John Benyon became one of Britain’s most highly acclaimed and internationally celebrated political scientists: a Fellow and Council Member of the Academy of Social Sciences, Chair of its College of Learned Societies, Editorial Board member of Political Insight, holder of research fellowships and honorary professorships in Hong Kong, Beijing, New York and Melbourne. After he stepped down from the Criminology Department he enjoyed a ‘second career’ pursuing his other passion as head of the University of Leicester’s Institute of Lifelong Learning. Yet no-one would describe him as an establishment figure. He was an agent of change, awkward when he needed to be, yet always open, warm, collaborative and keen to help people succeed. His students and colleagues around the world will mourn the passing, as Professor Pippa Norris of the John F Kennedy School of Government at Harvard puts it, of “one of the last great characters in British political science.”

John Benyon is survived by his wife Coleen, daughter Danni and two grandchildren.

This obituary was first published in The Telegraph.

Twitter
Previous article“I did it any way”: what punk taught me
Next articleTate is the star in cities show

The Northern Powerhouse Mk III is just around the corner, but how will it compare with its predecessors? The...
Read more
Cities

In 1957, the historian A.J.P. Taylor wrote in the New York Times that “Manchester is the only English city which can...
Read more
Architecture

Between the café and the lake right in the centre of Finsbury Park, 10 large A-frames present a preview exhibition of images...
Read more
Culture

Asked about his slogan “I miss my pre-internet brain” in an interview with the FT, the artist Douglas Coupland observed: “I...
Read more
Design

The sound of Celia Stothard fills the room at 19 Cleaver Street in Kennington, transporting me to years precociously spent in...
Read more

Punk sprang up all around me in Manchester, seemingly in answer to questions I was already beginning to pose in early...
Read more
Architecture

https://vimeo.com/416094320 Covid-19 Threads is a series of short films presenting twitter posts that have appeared with...
Read more
Politics

Presentation delivered at a Close & Remote symposium on secure cities at Deptford Lounge in south-east London on May 9, 2013.
Read more